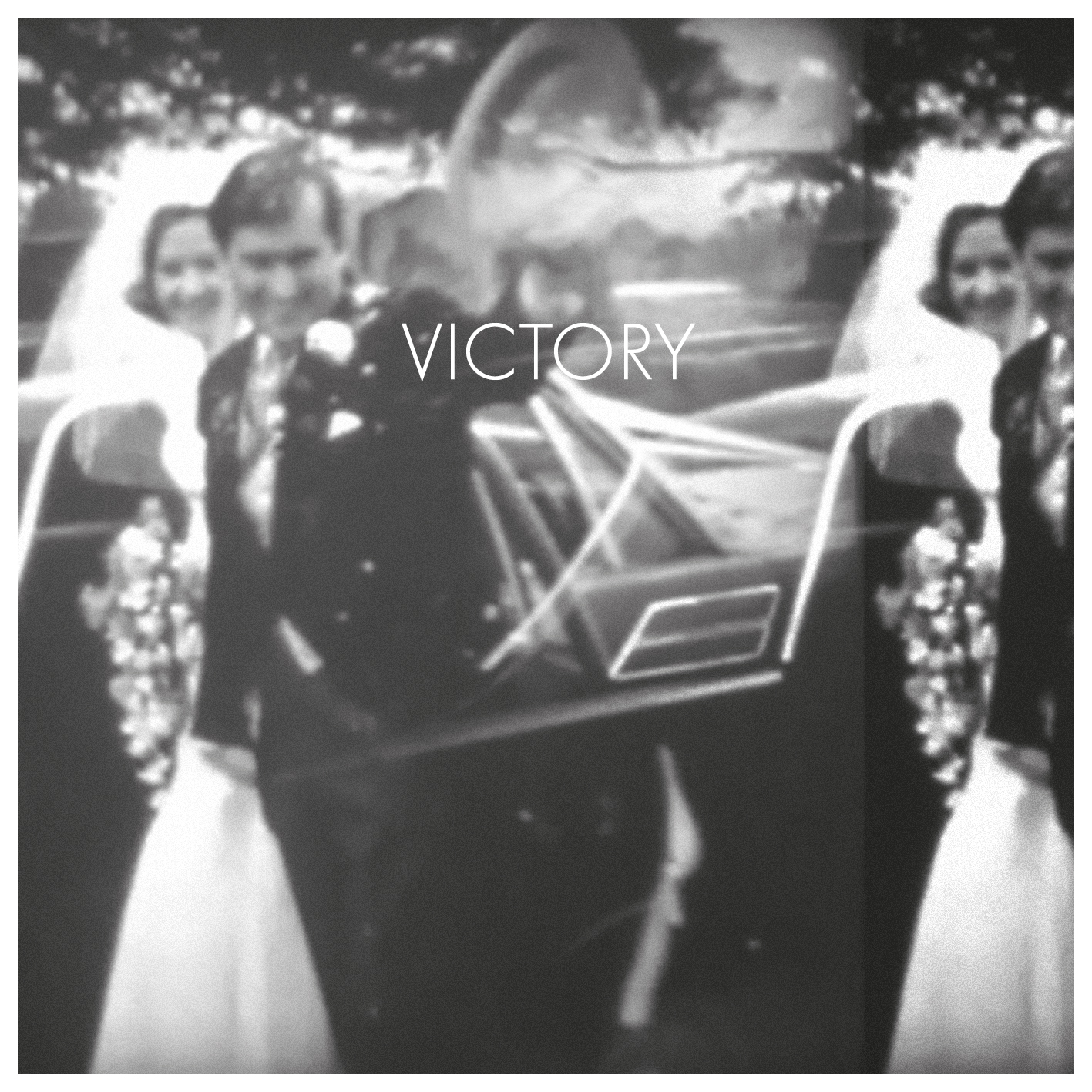 Yesterday I put out a brand new 4-track EP. It’s called Victory and can be seen as a kind of post-script to my latest album The Great Divide. I made a video for the song’s lead track, using grainy cine-film footage of a 1968 wedding (fun fact – it’s my wife’s parents):

You can get the EP in all the usual places (listed below) but the best (and cheapest!) place to get it is Bandcamp, for only £1 (or more, if you’re feeling generous!).

Victory is a love song, of sorts, which, instead of dealing with the typical pop-song fodder of falling in love and bad break-ups, tackles the day-to-day struggles of trying to hold a long-term relationship together in the face of disappointments, parenthood and the repetitiveness of everyday life. Yvonne Lyon, once again, lends her beautiful backing vocals and piano-playing to proceedings. It’s already been played by Roddy Hart and Iain Anderson on Radio Scotland.

The second track is a gorgeous remix by Mike K Smith of The Fury And The Sound, my duet/co-write with Yvonne Lyon. He replaces the original’s kinetic beats with lush synths and ambient textures.

The third track Post (Post) is an instrumental guitar piece, a world-weary coda toPost, a song from The Great Divide which dealt with the break-up of a spiritual community.

The fourth and final track is Jesus in 3/4 Time, a song originally written by Eagles-contemporary J.D. Souther, and later performed by Jackson Browne. The perfect addendum to the subjects I sang about on The Great Divide.

Here’s where you can get it:

Thanks for reading and listening!

BUY MY NEW ALBUM ON BANDCAMP

This website uses cookies to improve your experience while you navigate through the website. Out of these, the cookies that are categorized as necessary are stored on your browser as they are essential for the working of basic functionalities of the website. We also use third-party cookies that help us analyze and understand how you use this website. These cookies will be stored in your browser only with your consent. You also have the option to opt-out of these cookies. But opting out of some of these cookies may affect your browsing experience.
Necessary Always Enabled
Necessary cookies are absolutely essential for the website to function properly. This category only includes cookies that ensures basic functionalities and security features of the website. These cookies do not store any personal information.
Non-necessary
Any cookies that may not be particularly necessary for the website to function and is used specifically to collect user personal data via analytics, ads, other embedded contents are termed as non-necessary cookies. It is mandatory to procure user consent prior to running these cookies on your website.
SAVE & ACCEPT